In this blog post, Jim Brickley paints a detailed picture of the risks that come with investing in Chinese companies. 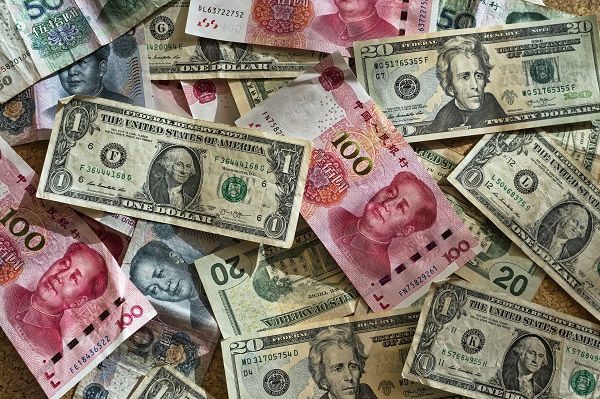 For centuries, investors have been counseled not to place all of their eggs in one basket. To obtain the full benefits of diversification, most financial advisors encourage them to invest in international securities. Given China’s size and high growth rates in recent decades, Chinese securities are a popular choice.

Without a doubt, the relatively low correlation between the returns on Chinese stocks and those in the West make them particularly good investments from the standpoint of diversification, which mitigates risk. Nevertheless, there are at least four important corporate governance and political risks that investors should be aware of:

1) The first major risk is that some of the largest publicly traded Chinese companies are State Owned Enterprises (SOEs) for which the Chinese government is the ultimate controlling shareholder.

To provide an example, China National Petroleum Corporation (CNPC) is the government-owned parent company of PetroChina. PetroChina stresses the risk of this arrangement in the report it filed with the SEC in 2022:

As of December 31, 2021, CNPC beneficially owned approximately 80.41% of our share capital. As a result, CNPC can vote on significant matters relating to our company by exercising its rights as our controlling shareholder, as set forth in detail in our Articles of Association. Accordingly, CNPC is in a position to:

In August 2022, PetroChina and four other large SOEs announced that they were voluntarily delisting from the NYSE after being flagged by the SEC for failing to meet U.S. auditing standards. Perhaps others will follow. If so, U.S. investors will be able to continue to trade these stocks either on foreign exchanges or over the counter. In any case, investors should be aware of the risks of investing in them.

2) A second risk facing investors in Chinese companies stems from these companies’ wide-scale use of Variable Interest Entities (VIEs).

The Chinese government prohibits foreign investment in various sectors of its economy, including internet services and other telecommunications. To circumvent these regulations, Chinese companies commonly use VIEs—a setup in which international investors rely on a set of contracts to maintain a controlling interest in key business units that are exclusively owned by Chinese investors.

Alibaba Group Holding Ltd. provides a good example. Alibaba, a holding company, was chartered in the Cayman Islands and raised $25 billion dollars through a heavily subscribed IPO in 2014. The Chinese founder of the company, Jack Ma, owned about 7% of its stock at the time of the IPO.

Alibaba maintains direct ownership of some subsidiaries in China. Other business units, for which foreign ownership is restricted, are organized as VIEs, which are exclusively owned by Chinese citizens. In Alibaba’s case, Jack Ma is a majority owner of the major VIEs that operate within the company’s business structure. A complex set of contracts is used to try to mimic direct ownership of the VIEs by Alibaba’s shareholders.

This structure imposes several governance risks on outside shareholders:

First, the Chinese government is aware of VIEs. While it may not be in the government’s interest to rule that they are illegal or place severe restrictions on them, there is some chance it will do so. This action would have a devastating effect on stock prices.

Second, founders like Jack Ma who are majority owners of the VIEs, can have incentives to expropriate value from outside shareholders through contracts and actions that favor the VIEs over the central company. Outside shareholders, in turn, could have problems enforcing contracts within the Chinese court system.

Third, in many of these companies, the founders have a disproportionate share of the voting rights relative to their ownership of the common stock (e.g., through dual-class shares). This risk was highlighted in Alibaba’s registration statement at the time of its 2014 IPO:

3) A third risk comes from the Chinese government not allowing foreign regulators (such as the Public Accounting Oversight Board in the U.S.) from inspecting the audits of Chinese companies.

In 2020, the U.S. government enacted the Holding Foreign Companies Accountable Act, which permits the SEC to delist foreign companies from U.S. stock exchanges that do not allow American regulators to review the company’s audits for three consecutive years. This act, which is largely directed at China, was enacted after the discovery of a massive accounting fraud at Luckin Coffee, a Chinese coffee shop chain. Luckin’s stock price, which at one point sold for about $50/share, fell to below $1.40/share after the disclosure of the fraud. The Act exposes about 250 Chinese stocks to possible delisting from US stock exchanges, which would likely have a significantly negative effect on their stock prices. Chinese and U.S. regulators have been negotiating to avoid these delistings, but it is uncertain whether they will reach an agreement.

His attempts to "roll back China’s decades long evolution toward Western-style capitalism” are well-documented. Recently, Xi has been particularly aggressive in targeting Chinese tech firms. Over the past 2 years, the Hang Seng Tech Index fell over 60%, compared to NASDAQ, which experienced less than an 12% decline over the same period.

Investing in Chinese stocks (e.g., through Exchange Traded Funds) comes with a set of corporate governance and political risks that may not be immediately evident to the average non-Chinese investor. While investors may reasonably determine that the benefits of diversification outweigh these risks, they should know what to expect before diving in.

Jim Brickley is Senior Associate Dean, Faculty and Research and the Gleason Professor of Business Administration at Simon Business School. His primary research interests are in the areas of corporate governance and the economics of organizations.