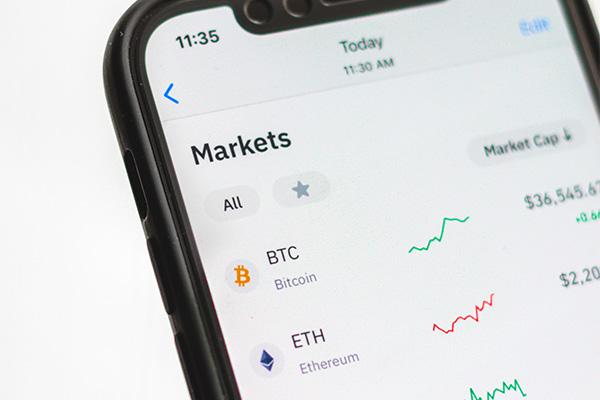 Long gone are the days when cryptocurrency was the realm of hobbyists and academics.

In early March, the Ukrainian government made headlines for spending $15 million of donated cryptocurrency on military supplies. According to government officials, about 40% of U.S. and European suppliers of food packages, protective gear, and other military equipment accept cryptocurrency. That minority will swiftly become a majority in the years ahead. According to a recent study, the size and share of the global cryptocurrency market is on a projected growth trajectory from $1.44 billion in 2020 to $2.73 billion in 2025 at a compound annual growth rate of (CAGR) of 13.8%.

At Simon Business School, we are fortunate to have faculty members like Yukun Liu, an assistant professor of finance, to unpack emerging issues and questions surrounding cryptocurrency. Since Professor Liu joined us from Yale in 2019, he has conducted research that goes deeper into the risks and rewards of cryptocurrency markets.

Here are five insights gleaned from his research:

1)    Cryptocurrency does not behave like any other asset class.

One of the fundamental questions that Liu addresses in his research is this: What kinds of asset class is cryptocurrency? Is it a store of value, like gold, or is it more like a stock? In one recent paper, Liu and his co-authors identify common factors that influence returns of stocks, precious metals, currencies, and other asset classes. They expected to find several factors that might predict cryptocurrency returns, such as the cost of mining (the price of producing cryptocurrency), volatility, and price-to-dividend ratio (analyzing the price of the asset compared to earnings). To their surprise, they found that almost none of the common factors that influence returns have any bearing on cryptocurrency returns. Cryptocurrency is in a lane of its own, and common narratives about how it behaves like stocks or currency or any other traditional asset class are wrong, says Liu.

While cryptocurrency behaves differently from other asset classes, researchers can use traditional asset pricing tools to predict that behavior. The first helpful tool that Liu suggests is called the momentum effect, which says that when an asset increases in value, it is likely to continue an upward trend—just like other asset classes. In light of this reality, Liu recommends that investors buy Bitcoin if its value increases more than 20% in the previous week.
The second tool that can help explain cryptocurrency behavior is the level of investor attention. In his research, Liu investigated this question: “If there is an abnormally high number of mentions of the cryptocurrencies we studied, either by Google search or on Twitter, will these cryptocurrencies’ returns increase?” Liu found that they will. Based on historical data, an increase of one standard deviation in the Twitter post count for the word “Bitcoin” yields a 2.5% increase in the 1-week ahead Bitcoin returns. On the flipside, negative investor attention, like the use of phrases like “Bitcoin hack,” leads to negative returns.

3)    Cryptocurrency is disrupting some industries but not others.

Cryptocurrency, by nature, is a disruptive force—but it influences stock returns in certain industries more than others. Liu examined 354 industries in the U.S. and 137 industries in China to understand how specific markets respond to the presence of cryptocurrency. Based on this research, he and his co-authors were able to produce an index of the potential disruptive effects of cryptocurrency on every major industry. They found that while healthcare and consumer goods industries respond positively to exposure to Bitcoin, there is no connection between Bitcoin and finance, retail, and wholesale industries.

4)    Cryptocurrency is more likely to collapse than other asset classes.

From Liu’s perspective, it’s reasonable to consider the possibility that the value of cryptocurrencies like Bitcoin will fall to zero and collapse overnight. Based on the historical performance of cryptocurrency, that probability is 0.3%. That number is far too low to keep most investors awake at night, but it’s significantly greater than the likelihood of other crashes: 0.0009% for the Euro, 0.003% for the Australian dollar, and 0.005% for the Canadian dollar.

The average cryptocurrency investor may not fit the profile of the average investor but Liu’s research reveals that the same psychological and sociological forces at play in traditional markets are also at play in the cryptocurrency market, such as the inevitable attraction to stocks that are already going up. Digital technology may change, but human nature stays the same. 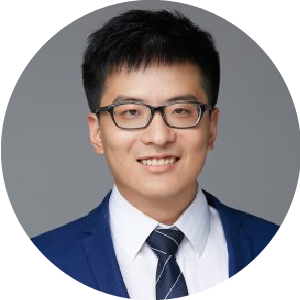 Yukun Liu is an assistant professor of finance at Simon Business School.